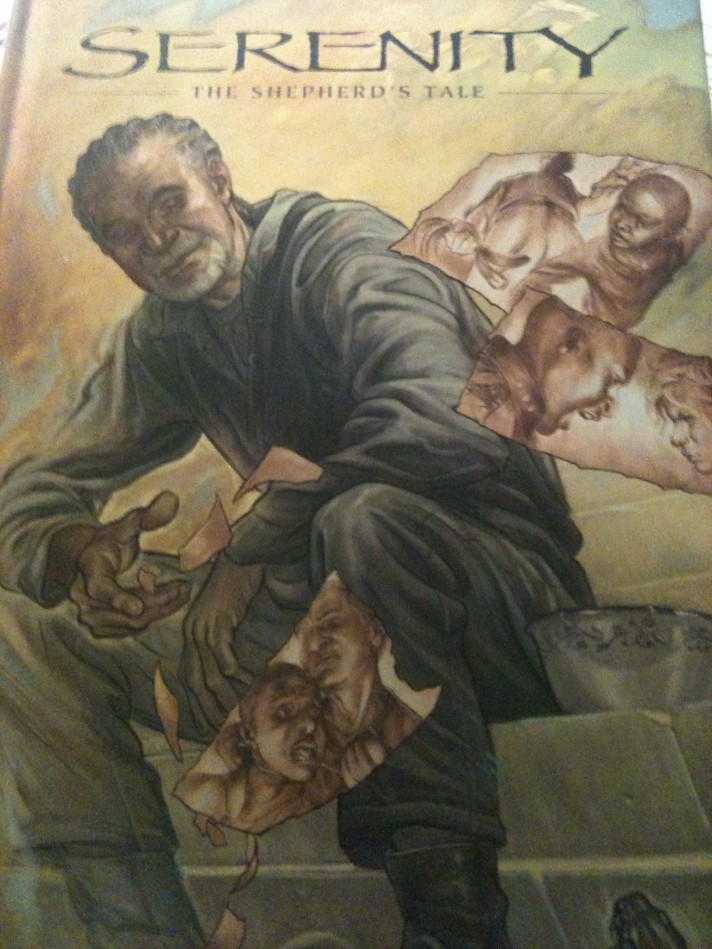 Firefly was a TV show, short-lived and conceived of by Joss Whedon. It was later revived as a movie in 2005, entitled ‘Serenity‘.  After one season of television, and another 2 hours of film, there is still an immense amount of backstory to be discovered, questions left unanswered, by device or lack of time.
Enter the realms of comics and graphic novels, an, only somewhat less satisfying, continuation of the characters and stories I grew to love, as many Science Fiction Enthusiasts had.
At only 54 pages, I was hesitant to include this volume in my 52 books of the year, but I really enjoyed the story it told, and the manner in which it did so. Shepherd Book’s background was always the least explored, and least satisfying in the movie and the television show, and I’m glad that Joss, Zack, and Chris were able to publish this as a way to finally answer some questions.

I would have happily watched Firefly for seasons and seasons, but it was not to be, so I am happier still that Joss Whedon and his writing partners (either Whedon or otherwise) care enough about the story and the fans to continue to tell it through whatever means available.

One thought on “Book 46: Serenity: The Shepherd’s Tale”