Book 20: The Girl Who Kicked The Hornets’ Nest 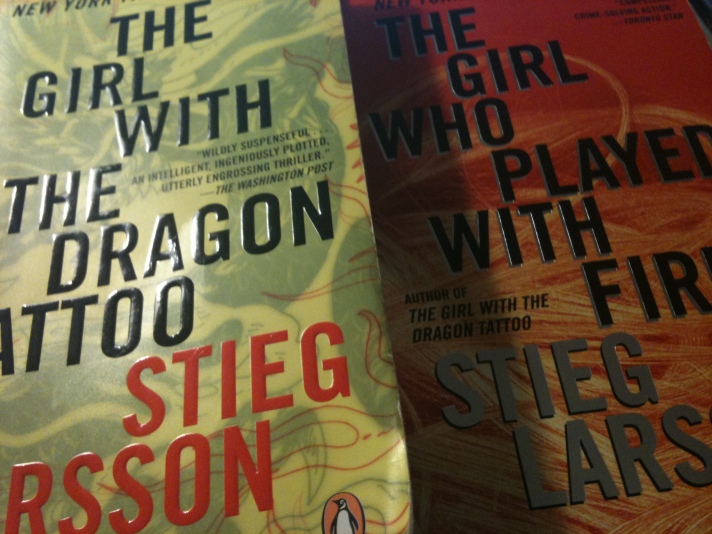 After the almost unbelievable climax of Millennium II, the third volume picks up mere hours after the closing of the previous book.  Though I found it to be a much different book than Larsson’s first two. While Tattoo and Fire are driven by unrelenting action,  The Girl Who Kicked The Hornets’ Nest is marked by the confinement of Lisbeth Salander – unable to leave her room in hospital, she must rely on her friends on the outside to do the investigating for her. A concept that she is ill-used to. I actually spent much of the first several chapters thinking I was reading a different translation than the previous two novels, the style to me seemed quite different enough to warrant checking, but in fact it was the same translator who had done the previous books.

There were a couple of elements I really loved about this part of the series, once I got past the initial slowness of the transition between action and stillness. The first was that the book was a medium to hold a discussion on the definitions of sanity and insanity in modern culture, and the lengths to which these definitions can be manipulated.  At one point in a discussion of Salander’s mental state there is this observation:

“he did not need a psychiatrist to tell him that she was not normal…she was vicious and aggressive towards her father and that she seemed to be not in the least afraid of him.” (page 120)

The second is the glimpses we get of other kick-ass female characters, well, more than just glimpses. While Salander literally kicks ass throughout the series, in this novel Larsson expands upon his other female characters, and even introduces a few more.

Ericka Berger is one of them, she faces opposition in a new workplace as a professional woman with power attempting to make changes. In a board meeting at her new place of work we are shown this snippet of a larger issue:

“Without actually uttering a single inappropriate word, they displayed towards her an attitude that was so antediluvian it was almost comical. You shouldn’t worry your pretty head over complex matters, little girl. ” (304)

Despite the fact she has been hired to rejuvenate this publication, no one is willing to listen to her, while the ‘old boys club’ mentality is so prevalent.

A new character we meet in this third volume is Monica Figuerola, a police officer. She’s described as not traditionally beautiful, as a little to into body-building and obsessed with working out, but at the same time she’s seen as alluring and sexy by Blomkvist. I love the exchange that they have near the middle of the book;

I’d love to have that much confidence.

And the third tough female we have in this part of the book? Blomkvist’s sister, Annika Giannini, a lawyer who tears to shreds one of the great villains of the series during a cross examination. As a former debate team president, and current debate team coach, this was awesome. There’s nothing better than watching someone elegantly take down an opponent through questioning, turning their own bile against them, and ripping little shreds through an argument until there is nothing left to stand on.

It was just so satisfying to read this passage, finally after 3 books, some of the bad guys are being exposed for what they really are, in a court of law, by an awesomely kick-ass female lawyer.

I really enjoyed this series, the characters, the pace of the plot, the issues it raised. It is truly a great tragedy that Larsson died before seeing the fanbase his books have won across the world. And that we will not be able to read new books from him for years to come. He will be missed.

And I want to leave you with one more quote –

“Salander leaned back against a the pillow and followed the conversation with a smile. She wondered why she, who had such difficulty talking about herself with people of flesh and blood, could blithely reveal her most intimate secrets to a bunch of completely unknown freaks on the Internet…If Salander could claim to have any sort of family or group affiliation, then it was with these lunatics.” (323)

– So thanks for reading my blog, my lovely lunatics.